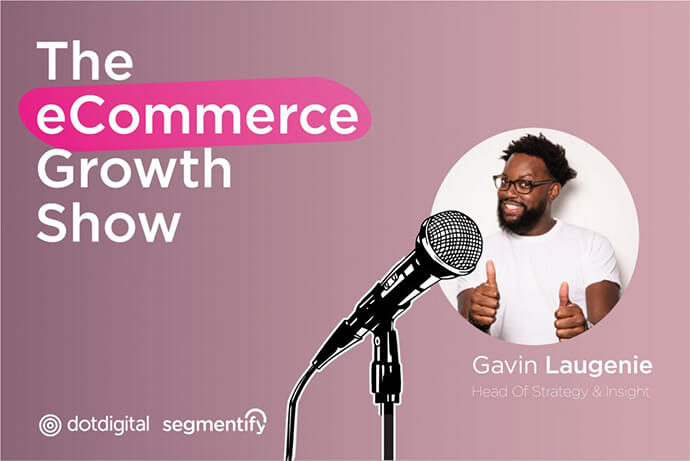 To achieve success in eCommerce in 2020 you’ve got to think about building a conversation, a relationship with your customer. Batch and blast just doesn’t cut it anymore. That means you’d need to get your data right, understand why you’re collecting it, sort out your preference centres and learn to understand the customers’ digital body language. In this third episode of the eCommerce Growth Show podcast series, our host’s Phill Kay from Segmentify and Chloe Thomas from eCommerce MasterPlan are joined by dotdigital’s Gavin Laugenie to discuss this crucial topic.

Put us to the test and let us prove we can drive more revenue for you. Sign up for a completely free proof of concept or split test against your current provider, set up and optimised by our team within a few days at segmentify.com/demo.